Thursday saw the official announcement of the long-rumoured Copa América Centenario, a one-off tournament in the US to commemorate the South American football confederation’s centennial year in 2016. The 10 participants will be joined by 6 North American nations, and Canadian soccer fans were left wondering what their team had to do to get in…

The storied Copa América is held once every four years, and the 2011 edition in Argentina completed the first full rotation between all 10 South American nations. Uruguay pulled off a surprise win in Buenos Aires on the strength of Luis Suárez’s MVP performance.

Rumours had been circulating for nearly a year that an intercalated tournament would take place in the United States without interrupting the 4-year rotation. While it won’t ease the US’ disappointment at missing out on the 2022 World Cup, the tournament should prove a spectacle worthy of Lionel Messi, Neymar and Suárez. 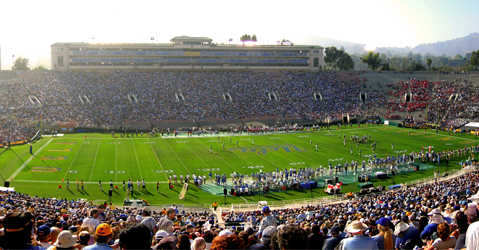 Steeped in tradition, the tournament was first played in 1916 as the South American championship, predating the European Cup and World Cup. This centennial edition will add to a crowded footballing calendar and will compete with Euro 2016 for television revenues, but CONCACAF and CONMEBOL couldn’t resist the chance for a “true” Copa América played in front of US soccer fans, including those cities’ Latin American and Caribbean communities.

As such, the reigning Central American and Caribbean champions will join hosts US and Mexico (both regular invitees at the tournament) in 2016, leaving two spots for the rest of CONCACAF Today’s press conference confirmed that the next-best four teams at the 2015 Gold Cup would play off for the remaining spots, a potentially confusing proposition.

While it’s possible that those four teams will be the four semifinalists at the Gold Cup, it’s unlikely – only once in the tournament’s history have Mexico and the US failed to make the semifinals. Both are shoo-ins for at least the quarterfinals, and if either the Central American or Caribbean champion bows out in the group stage, at least one of the remaining quarterfinalists will miss out on the playoff.

That said, if both of those regional champions are in the last eight, the remaining four quarterfinalists will have booked their playoff ticket. In any event, a semifinal spot will guarantee it. Over at the Voyageurs board, this post by BrennanFan has applied the same formula to previous years and found that Canada would have missed out.

CONCACAF confirmed that those playoff teams would be seeded based on their Gold Cup performance, but it’s not clear if that will be based on the team who advances furthest or whether it will factor in group games. Given Canada’s tendency to struggle to attack, it’s difficult to imagine any tiebreaker would favour them.

So there you have it – a quarterfinal spot might be enough for a playoff place, but to lock it down, the last four at next year’s Gold Cup is a minimum. BMO Field in Toronto would likely host Canada’s leg of the home-and-away qualifier, potentially Canada’s biggest game in over a decade.