CanMNT-eligible players to keep an eye on

News of Tesho Akindele’s Canada snub (update: cancel that) means he’s just the latest in a long line of players to reject our national team’s advances, but there’s hope for the future. Bryan Cristante may be a long-shot for Canada’s MNT, but other eligible players like QPR’s David Hoilett could help on the road to the 2018 World Cup in Russia (update: and he will).

MLSSoccer.com writer Daniel Squizzato just had a look at Canada’s top 10 prospects, and we can only hope that those future stars are bolstered by some currently uncommitted players in their mission to qualify for Russia 2018.

Marc Bircham just helped coach those prospects to a famous 2-2 draw against England’s U-20 side in London, and he can relate to this topic, having been famously capped for Canada without having set foot in the country. Just as the United States benefited from their German contingent at this past summer’s World Cup, Canada could improve by supplanting an improving roster.

That said, fans are used to resigning to defeat in these cases, with Akindele looking set to follow in the footsteps of fellow dual-national Teal Bunbury and former England midfielder Owen Hargreaves.

For his part, Cristante‘s father was born in Toronto before a return to Italy. The wiry centrocampista moved to Benfica in the summer from AC Milan despite a promising start at the Serie A giants. In truth, the midfield was too crowded at the San Siro, and Benfica’s multi-million Euro offer reflected the Italian youth international’s promise.

In contrast, “Junior” Hoilett‘s international picture is non-existent at the moment, with the QPR attacker apparently rejecting interest from Canada and Jamaica. There’s been talk that he’s holding out for an England call-up, but the same gentleman’s agreement that kept Nacho Novo from playing for Scotland should prevent that.

Another Portuguese-Canadian in Europe is Daniel Fernandes. The 31-year-old goalkeeper has spent the last season and a half on loan in Greece from FC Twente, but at one time was highly-rated in Portugal and even went to the 2010 World Cup as the team’s third keeper.

Steven Vitória is entering his prime as defender, but has been linked with a move from Benfica and wasn’t registered in the team’s Champions League squad this season.

Also born in Mississauga, he actually played a game for Portugal’s youth team at the 2007 U-20 World Cup in Toronto, but no senior cap has been forthcoming. 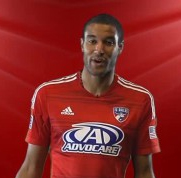 And the rest:
One player that could be on Floro’s radar is Uruguayan Michel Acosta, a midfielder recently promoted to Uruguay’s top league with Atenas San Carlos, who apparently has a Canadian passport. If he had that before playing official youth fixtures with Uruguay, he could file a one-time switch to Canada.

Canadian supporters over at the Voyageurs board have been keeping track of other potentially eligible players, with varying degrees of actual reality. Some of the more promising include a couple of American-based MLS players in Kofi Opare and Ethan Finlay.

If you’re aware of other promising young players with a connection to Canada, please comment in the form below.

3 responses to “CanMNT-eligible players to keep an eye on”