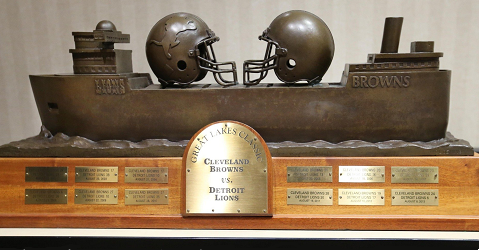 The Great Lakes region is a sporting hotbed, and this year saw the resurrection of the Great Lakes Classic between Detroit and Cleveland in pre-season NFL football. But what if there was a trophy to recognize the best Great Lakes team in MLS? 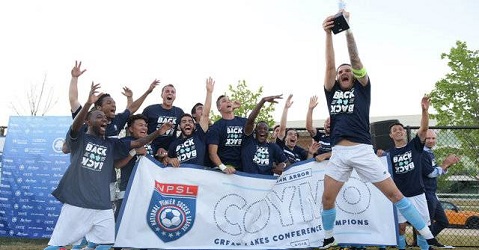 MLS has traditionally split up midwestern teams into its different conferences, but competing lower divisions in the United States have Great Lakes divisions. Ontario clubs FC London, Kitchener-Waterloo United, and Toronto Lynx have featured in the PDL version (Thunder Bay Chill play just a few minutes from Lake Superior but are in the Heartland Division).

In the NPSL, Detroit City and FC Buffalo compete for the Rust Belt derby, which used to include the now-disbanded AFC Cleveland. The results are taken from regular season play, the same as MLS rivalry tournaments like the Cascadia Cup between the Pacific Northwest teams.

I’ve looked at the results between the Great Lakes teams in MLS this season to see who would take the league’s own classic in 2018. Until teams from Cleveland and Detroit join the league, I’m inclined to include Minnesota United — despite Minneapolis being landlocked, they represent the entire state (at least in name), including the Lake Superior coastline.

Toronto hold first with seven points, a point ahead of second but with far worse points-per-game than Minnesota, who have an 100% record from their two (home) games.

None of the three teams look capable of qualifying for the MLS playoffs this year, with Toronto missing out on a repeat of last year when they won it all — including the Trillium Cup. Going forward, that trophy could be repurposed into a Great Lakes Classic — or maybe the Browns aren’t using the real thing?

Student of the game. @scott_ferguson
View all posts by canadianfootball »
« Previous post