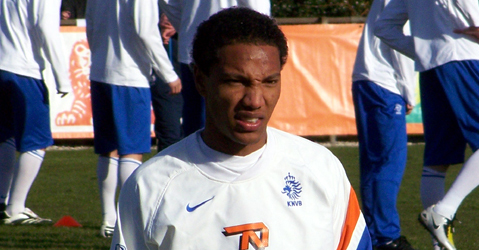 Canada’s bid to make this year’s World Cup may have stumbled in Honduras in 2012, but that didn’t mean there wasn’t any Canadian content in Brazil this summer – one linesman and a couple of Canadian-raised players all featured in the 2014 tournament, including a Scarborough native who started Saturday’s third-place match.

Scarborough, Ontario’s Jonathan de Guzmán featured in the Netherlands’ World Cup campaign, playing an hour in the 5-1 win over defending champions Spain in his adopted country’s first match. De Guzmán went off with the score at 2-1 and then played 78 minutes in the win over Australia, subsequently losing his place until the third-place game this past weekend.

De Guzmán is the brother of Canadian international Julian de Guzman, and until late 2012, fans of les Rouges had ambitions that the Swansea midfielder would opt to join his brother on the national team. Jonathan was a childhood fan of the Dutch squad, however, and had moved to the country at 12 to join Feyenoord’s youth system. He spent time with the Dutch U-21 team and officially chose the Oranje in 2013. Three World Cup starts later, including a full 90 in Saturday’s 3-0 win over Brazil, it’s hard to begrudge the Premier League star’s choice.

Asmir Begović was a star for Canada’s U-20 team after moving to Edmonton at age 10. Born in the former Yugoslavia, the goalkeeper was on the books at Portsmouth when Canada hosted the U-20 World Cup in 2007. The team’s zero-goal, zero-point showing was a massive letdown, however, one that was compounded when head coach Dale Mitchell was promoted to the senior team post.

Begović actually would have been cap-tied if he had been brought off the bench for Canada in a 2007 friendly against Iceland – although under FIFA’s eligibility rules at the time, he already was. In any case, a 2009 rule change meant his international options remained open, and the Stoke City ‘keeper opted to join up with Bosnia and Herzegovina in summer 2009. He hasn’t looked back, becoming the country’s undisputed number one and featuring in all three group games in Brazil.

Assistant referee Joe Fletcher hails from St. Catharines and was part of a three-man Canadian and American officiating team at the World Cup. They handled Colombia-Greece and the high-profile Spain-Chile game in the group stages, before Fletcher ran the lines during France-Nigeria in the round of 16. The North Americans put in a series of solid performances at the finals, and 37-year-old accountant Fletcher will be pleased with his time in Brazil.

The Canadian MLS clubs sent a couple of their own players to the World Cup, with Toronto’s Michael Bradley joining the US squad. Bradley wasn’t as assured as might have been expected and seemed to struggle in different midfield roles, but his quality was visible on occasion for Jurgen Klinsmann’s men.

Bradley’s club teammate Julio César started brightly as Brazil’s number one, but his final two games were ones to forget, conceding ten goals against Germany and the Netherlands in the semifinal and third-place match, respectively. It’s not clear if Julio César will return to Toronto – rumours have him traveling back to England for pre-season with QPR, despite Toronto GM Tim Bezbatchenko’s insistence on his arrival that this was a “year loan”. His emotional goodbye video would suggest we’ve seen the last of Julio César in TO.

Vancouver Whitecaps had a World Cup participant of their own, with California native Steven Beitashour a part of Iran’s squad. The fullback had been on US head coach Klinsmann’s radar in the past, but he finally accepted an Iran call-up based on his heritage in 2013. Beitashour didn’t get off the bench in Brazil, but his experience will have been invaluable.

For their part, the Canadian Soccer Association is trying to capitalize on World Cup fever in this country with a bid to host the 2026 tournament – something that could stall if the 2022 edition in Qatar is moved to the United States, given FIFA’s reluctance to hold consecutive tournaments in the same confederation.